Create an Account - Increase your productivity, customize your experience, and engage in information you care about.

The National Pollutant Discharge Elimination System (NPDES) is a federal program administered by the Environmental Protection Agency (EPA) which regulates discharges into waterbodies of the United States. Historically, this was mostly limited to Wastewater Treatment Facilities and Industrial Dischargers. In the late 70s and early 80s, the U.S. EPA began looking at the effects of stormwater pollution and runoff, and determined that approximately 13% of rivers and streams, 18% of lakes, and 32% of estuaries were impaired as a result of stormwater. As more open land is developed, the impacts associated with stormwater increase. The impervious surfaces associated with developed areas result in increased stormwater volume, velocity, and flooding. Pollutants picked up by the runoff and deposited in waterbodies, such as suspended solids, fecal coliform, metals, and oils, result in reduced habitat areas and aquatic populations, decreased groundwater supplies, health issues, and reduced recreational areas. EPA then began developing a set of regulations to minimize the impacts of stormwater.

Each individual community selected the Best Management Practices (BMP's) it would use to comply with each component over the course of the 5 years.

The Town of South Hadley is a member of a Regional Stormwater Committee, coordinated by the Pioneer Valley Planning Commission (PVPC). The primary objective of this committee is to develop and distribute materials to comply with the Public Education and Outreach and Public Participation and Involvement BMP's, but on a regional rather than community level. Alone, and in partnership with other organizations like "Think Blue", the committee has done a lot of outreach utilizing all types of media - radio, television, and print. Most recently is the development of stormwater fliers for general business (PDF), and specific ones for the automotive (PDF) and food service (PDF) sectors. There is also one on the importance of scooping the poop (PDF) for pet owners.

For the rubber ducky video on stormwater pollution, click below. 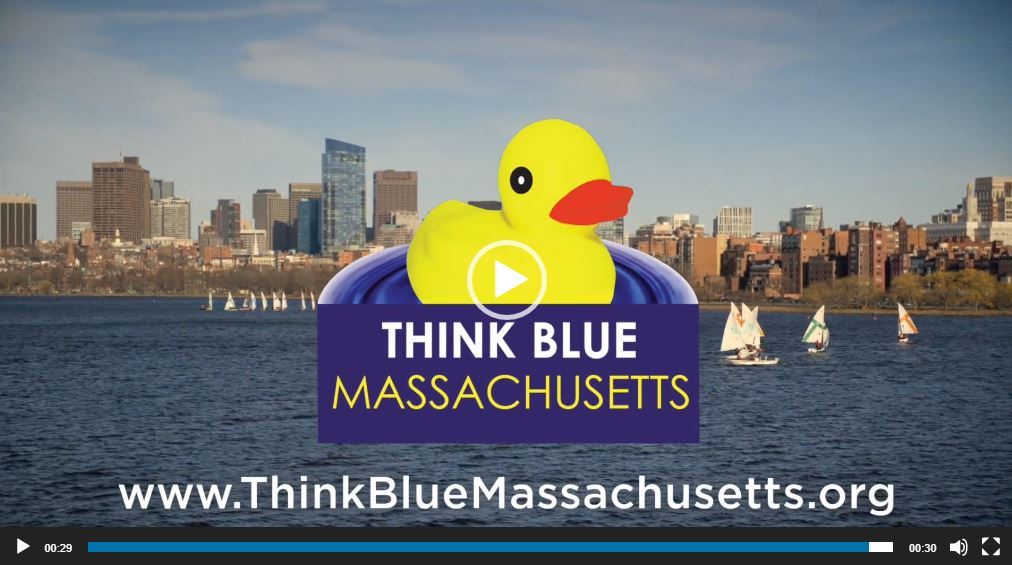 For additional information on this program or to report a problem or activity involving a storm drain, please email Melissa LaBonte of the Department of Public Works (DPW) at 413-538-5040, or by email Wastewater Treatment.